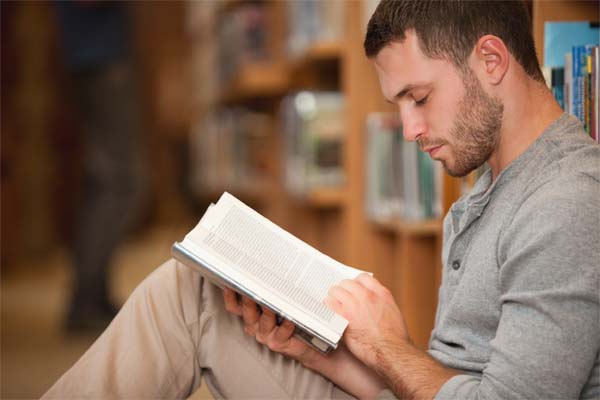 When one thinks of allegiance in a religious context, thoughts generally run to the question of what higher power or belief system a person subscribes to. For example, some might consider themselves allegiant to Buddhist philosophy, or to Christianity, or they may consider themselves allegiant to a person, e.g. to Jesus, Mohammad, or David Koresh (of the former Branch Davidians).

When we go beneath the surface on the question of religious allegiance, what we discover—if we’re honest with ourselves—is that many, if not most Christians, rather than being allegiant to Christianity, or to the person of Jesus, are actually allegiant, above all else, to particular beliefs/doctrines. In fact, when it comes to doctrine, people often prove more allegiant to their existing beliefs than to the principle of truth.

The reality is that the principle of truth goes beyond particular beliefs people may or may not hold to be true. It is a universal notion, not subject to political swings, popular opinions, or even religious beliefs. The truth simply is.

The problem, as it relates to humans, is that the truth is transcendent, while our understanding of it most certainly is not. And therein lies great danger. What happens when we believe something is the truth when it’s not? Do we allow ourselves to learn and grow, or do we cling to our beliefs, thinking them to be as infallible as truth itself?

We come to believe things for any number of reasons, e.g. something read in Scripture, something taught in church, upbringing, life experiences, or even just personal philosophy. Most of the time, we allow those beliefs to be challenged by subsequent revelations or experiences. Unfortunately, when it comes to Scripture, we rarely allow such challenges.

We accept certain beliefs as absolute truth, and then summarily reject anything that contradicts them. But, ascribing the label “truth” to a belief doesn’t actually make it so. What happens, then, is that a large number of people wind up believing that something false is actually true. I can think of nothing with more destructive potential than when such a lapse of judgment takes place concerning a matter of doctrine.

Ultimately, we have to make a very personal decision on what we’re actually after in our spiritual journey. Are we only seeking the validation of our existing beliefs, convinced in our own minds that our beliefs are the truth; or are we actually after the truth itself, even if that means taking existing beliefs and reforming them, or even throwing them out of the window altogether? What is our goal?

It boils down to if we’re content to believe we’re right, or actually be right. The problem with being right is that if you aren’t already, it requires an admission that you’re wrong—and admitting a faulty belief is not something Christians (of every denomination) have been very good at.

I was really ashamed when I thought about this on a deeper level. How could I, being so committed to my faith, ever find myself in the position of fighting against a truth that I saw in Scripture, but simply didn’t want to believe possible? I learned during that period that biblical knowledge, position, and ministry involvement doesn’t exempt you from susceptibility to this theological vice.

Jesus said that God’s word is truth; but I came to realize that just because something can be quoted (in that it’s in the Bible) doesn’t make it God’s word. God’s word is not a verse or a passage. His word is truth. That’s why Satan could quote Scripture to Jesus in the wilderness, yet be full of lies (Matt. 4:6).

As I find myself saying quite often in my teaching these days, properly understanding Scripture—rightly dividing the word of truth, as it’s put in 2Ti. 2:15—is not a matter of knowing what the Bible says, but understanding why it says what it says. It’s the struggle to understand context and purpose that is the crux of biblical interpretation; and that’s exactly where so many Christians fall short.

Because we want so badly to believe that our existing beliefs are correct, we take advantage of an inherent weakness in the written word—the ability to proof-text. It’s exceedingly easy to find a single verse or two, lift it out of its existing context, place it into my own context so that it fits my agenda, and use it to make a point it was never intended to make. Such abuses of Scripture justified slavery for almost 2,000 years of Christian history, the subjugation of women even in many modern churches (in which women still aren’t allowed to preach/teach God’s word), and especially the pandemic abuses related to homosexuality.

Some may find it difficult to believe that what Scripture means is a much more complex issue than simply reading what it says. They find it even more difficult to believe that there are times when the text on the page runs contrary to the intention behind the text when applied to a different culture than originally directed—in other words, that it’s possible a passage should be applied in exactly the opposite way as the text itself prescribes. Yet, the vast majority of Christians practice this very principle on matters they don’t consider absolute. Consider the following example.

“But I want you to understand that Christ is the head of every man, and the man is the head of a woman, and God is the head of Christ. [4] Every man who has something on his head while praying or prophesying disgraces his head. [5] But every woman who has her head uncovered while praying or prophesying disgraces her head, for she is one and the same as the woman whose head is shaved. [6] For if a woman does not cover her head, let her also have her hair cut off; but if it is disgraceful for a woman to have her hair cut off or her head shaved, let her cover her head. [7] For a man ought not to have his head covered, since he is the image and glory of God; but the woman is the glory of man. [8] For man does not originate from woman, but woman from man; [9] for indeed man was not created for the woman’s sake, but woman for the man’s sake. [10] Therefore the woman ought to have a symbol of authority on her head…”
1Corinthians 11:3-10a [emphases mine]

Women are not to pray with their head uncovered. That’s a biblical fact, in that that’s what the text says. But, there’s a truth beneath the text that must be understood—a truth that usurps the text on the page. The truth is that Christians are to be subject to the social mores of the societies within they exist, primarily so that the gospel is given the best chance of being received by any particular audience (1Co. 9:19-23). For an audience living in a patriarchal society, signs of female submission to patriarchal authority were a necessary means to that end. However, in a completely different society, such as the modern Western world, in which the two sexes are considered social equals, applying this biblical fact will have the completely opposite effect—providing a stumbling to people’s willingness to receive the gospel message. Thus, it would thwart the truth behind why the passage was written in the first place. In other words, Paul was correct to write what he wrote for that particular audience; however, applying his words to a vastly different culture would be abusive of the actual intent of the passage—and the intent always overrides the text (the spirit always trumps the letter).

Any church that does not require its women to pray with a covering over their heads demonstrates an understanding of this principle, even if only on a rudimentary level. The inconsistency comes in the refusal to believe that such a principle applies to matters that may not be as palatable to an individual as whether or not a woman wears a head covering; a matter like homosexuality, for example. Such people betray a common failing within the Church—our tendency to subject the interpretation and application of Scripture to our personal worldviews.

What we have to ask is why… Why do so many Christians refuse to keep their hearts and minds open as they journey along the road of faith? In most cases, it’s a matter of pride or fear. Many people want to look right more than they desire to be right. Likewise, many are genuinely afraid.

Whether the issue is pride or fear, it’s such a powerful motivator that it often prevents people from considering the possibility that their existing beliefs are wrong. They definitely don’t want to entertain evidence to that effect. Of course, such refusals usually illicit the accusation of closed-mindedness and theological arrogance. In response, the following justifications are often given (many of which I’m sure you’ve heard before):

It never seems to occur to people that they could actually be the ones twisting Scripture. No one wants to fathom that they could possibly be the ones deceived. Yet, that possibility should compel all of us to humbly obey the biblical admonition to “test all things; hold fast that which is good” (1Th. 5:21). We should stop hiding behind excuses and “always [be] ready to make a defense to everyone who asks” (1Pe. 3:15).

We could learn a lot from the apostle Paul. As he went on his missionary journeys, he came into contact with lots of different people who believed lots of different things. But, his approach to faith was not to make pronouncements and not give others the chance to share their views. As with Peter, he was willing to humbly discuss issues with those who disagreed with him. To him, there was only one subject he knew beyond all disputation: the gospel (Christ, our Lord and God, coming to save sinners through His atoning death on the cross; and His subsequent resurrection).

“For I determined to know nothing among you except Jesus Christ, and Him crucified.”
1Corinthians 2:2 [emphasis mine]

Many of today’s Christians don’t “know nothing” except the gospel. We know everything we believe. There’s scarcely a doctrine we accept that we don’t know. In that spiritual arrogance, we have stunted our growth. We’ve also damaged our ability to relate to others with whom we may disagree. We perish for lack of knowledge (Hos. 4:6), but I submit that we also perish for an overabundance of “knowing.” Saints, all we should know beyond contestation is the gospel. Outside of that theological scope, we should be willing to discuss, not simply for the purpose of changing other people’s minds, but even in conjunction with our own journey into greater awareness of the truth, whatsoever it may be.

And let’s take care to not make the mistake of assuming that this is a traditionalist problem. Like all Christians, the affirming variety are also susceptible to this error. If all believers do not remain ever-vigilant, we can and will fall into the trap of allowing our beliefs to usurp the truth… our religion to usurp true, biblical Christianity.

I have made a conscious decision to ally myself only to the truth. It is my hope that all Christians re-evaluate their responses to challenges to their beliefs, and do the same.