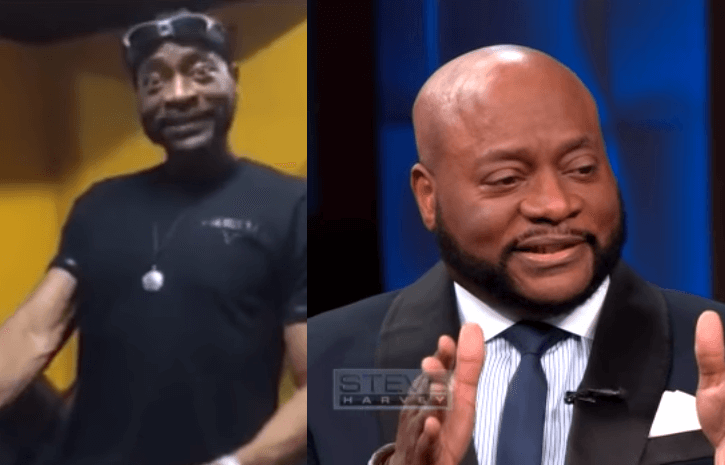 First thing’s first. Despite the title, I know it was cancer that killed Bishop Eddie Long, the former pastor of Atlanta megachurch, New Birth Missionary Baptist Church. That’s what’s been reported, so that’s what I believe. And yet, I believe that a cancer of the soul took him out long before this cancer of the body.

But why blame the Christian Church? He lived his life. He made his choices. Nobody’s to blame but him, right? That’s very right; but it’s also very wrong. We were not created to be islands unto ourselves. In fact, when there were only 4 people on the whole planet, and one sarcastically asked if he was his brother’s keeper, the implied answer was, “Yes!”

So, when someone has been as broken and messed up as this world-renowned bishop, it begs the question of how he got to that place. If there’s a link between our mental/emotional health and our physical health (which both Scripture and secular science agree on—see 3Jn. 1:2), then I submit that although he’s definitely responsible for his own choices, the Christian Church isn’t getting off scot-free altogether!

Eddie Long has, for quite a while, been disliked by many in the gay Christian community because of rather nasty things he’s said about gay people down through the years. Considering how many anti-gay pastors there are out there, it makes you wonder why this was such a big issue. It’s probably because many people knew that Bishop Long was, himself, gay. That made his anti-gay rhetoric more hypocritical than just ignorant; and there’s nothing more frustrating than seeing a gay person attack other gay people in order to save face and bolster his own perceived heterosexuality.

The proverbial crap really hit the fan back in 2010, when three (3) young men accused him of using his position to manipulate them into having sexual relationships with him. While there was no claim of illegality (e.g. child molestation)—the sexual aspect of their relationships didn’t allegedly begin until after they were past the age of consent in Georgia—there was still a great deal of criticism lobbed at Bishop Long for not only being gay (allegedly), but of misusing his position to exploit these vulnerable young men.

As if the allegations weren’t bad enough, Bishop Long’s response just made matters worse. I remember seeing a clip of him addressing the allegations at his church the following Sunday. He made the analogy that he was David and was going up against “Goliath” with 3 smooth stones (I guess one stone for each of his accusers, to match the stones David had). His church, as typical Black churches do, roared in applause; however, I didn’t see at all how this analogy was fitting. Even if he was innocent of the allegations, three young men hardly seemed like a Goliath compared to this multi-millionaire who pastored one of the largest churches in the city. It smacked of arrogance to me, whether he was innocent or not; and to be honest, that only reinforced the opinion I had of Bishop Long ever since I first saw his broadcast on television. That’s right… Allegations or not, I never much cared for the Bishop (just being honest).

After he settled out of court with his accusers (which does not mean he was guilty, by the way), he kinda faded away from the limelight, reemerging after it was obvious that his health was failing. But rather than just saying that this was the case, he created a ridiculous video of himself working out in a gym, talking about his new healthy vegan life.

Don’t get me wrong. He was under no obligation to tell anyone that he was sick; but the truth is that when you’re in spiritual leadership, it’s important to be honest about such things. We ask people to open up and solicit prayer when they’re sick. Why shouldn’t we do the same? Instead, he pretty obviously lied, which made it seem like he was covering up something. This, of course, fueled typical childish “Christian” rumors that he was dying of AIDS. (Get that… It’s 2017 and people still think a person dies of AIDS.) So, transparency just would’ve been more appropriate, especially considering people’s preexisting frustration with his perceived penchant for covering things up.

So far, it seems like I’m spending all my time indicting Bishop Long, but really, I just needed to give the back story. I can’t assume that everyone even knows who he is. But, where does the Church come in? To be honest, I think that the person that Bishop Long portrayed himself to be was a beast of the church’s making. For clarity, let me enumerate specifically what I’m talking about:

This is by no means an exhaustive list of what’s wrong with the Church, but I think it shows how easily people like Eddie Long are made. We’ve created this toxic culture in the Church, and then turn around and attack those who succumb to it. But who can thrive under this kind of pressure? Who can struggle with the issues Bishop Long did—things we may never even know about—and stay healthy? You know, AIDS doesn’t actually kill people. AIDS-related illnesses kill people. There’s a difference. In the same way, I think that although Bishop Long’s cancer took him out, there’s still a deeper truth that we need to understand. The cancer of his soul, brought on by a Church culture that has made many people emotionally and spiritually sick, did significant damage before his body ever took ill!

Eddie Long, with all his faults, was a child of God. He was our brother. And he served his King for decades, positively impacting countless lives. Yes, he sinned. Whether these particular allegations are true or not, I promise you—he sinned! And yes, there were reasons not to like him. I had my very own. But when you pause and think about it, even the undesirable characteristics came from somewhere, probably from a past filled with hurts and disappointments—things that the so-called hospital of the Church should have healed, but utterly failed to. So rather than shooting our own wounded, why not exercise compassion instead? How much more effectively could he have fought against the cancer in his body had his soul not been so plagued and burdened with things that the Church had the power to cure, but couldn’t find it in itself to do?

And here’s the saddest fact. There are countless more Eddie Longs out there. They’re pastoring your churches, singing next to you in the choir, serving communion to your family, shoveling the snow on your church’s parking lot… They’re all around you. They’re broken. They’re hurting. They’re wounded. And some are past the ability to cry out for help. The mask has become their prison. We claim to be so spiritual, but are we spiritual enough to see through their veil of religiosity? Can we see past the clever facade, not so that we can “call them out,” or humiliate and shame them in the name of “love,” but so that we can run and grab them and hug them so tightly that they can feel our heart beating in sync with theirs? Can we remind them that they’re a part of our body and we need them? Will we throw down the stones and pick up real love, or prophesy the next Eddie Long to hell like we did this one?

Let’s eradicate the cancer of people’s souls so that we can pray out the cancer of their bodies. We can do so much better than we have. And we must do better! It’s time for those rivers of living water to finally flow…

(In case you haven’t realized it, this post isn’t really about Eddie Long, so much as it’s about all of us! Don’t miss the forest for the tree.)

So, what do you think about this? Comment below and let me know…