The Danger of Knowing 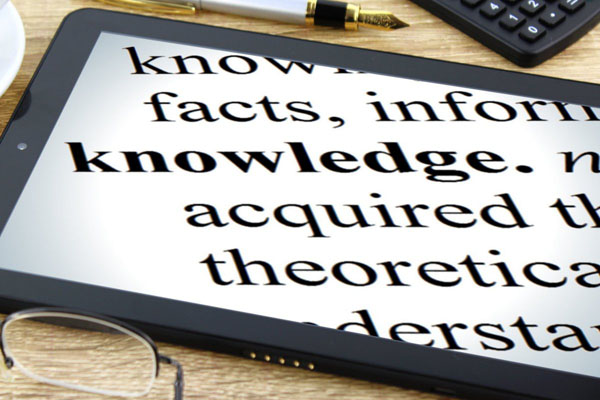 Who in creation hasn’t heard and said this simple, short sentence? Knowing seems inherent to human nature. We discover something new, we learn it, and then we know it. Whether concepts, objects, processes, places, or people, we find comfort in knowing them.

But, when it comes to Scripture and theology, we often have a different response to knowing. Rather than keeping ourselves open to learning more, or to adjusting what we thought we knew for a deeper or more accurate truth, we reject things out of hand. Why? Because we already know what’s right.

If I “know” that 10 x 12 = 130, it doesn’t reorder my existence to learn that I’m wrong… that what I thought I knew wasn’t actually knowledge in the first place, but simply a fallible belief. It’s not so easy to make such adjustments when it comes to our spiritual beliefs, though.

Beliefs are very important to committed Christians, as well they should be. They are the rubric by which we judge right and wrong, the standard by which we understand God’s purpose for our lives. To challenge those beliefs is not to require adjustment as far as that single piece of the puzzle is concerned, but to challenge the very basis for those beliefs. Go deep enough, and our entire theological framework could be put in jeopardy!

For example, let’s return to the mathematical example. If I’m filling out a multiplication chart and mistakenly put 130 in the 10×12 field, there’s not much harm done. I may have to reset my memory for that particular item, but it’s a simple matter to correct the mistake. However, if the reason I got my math wrong was because I mistakenly took multiplication to mean multiplying the two numbers and adding 10, I’ve got a serious problem. You see, the former is an isolated error, whereas the latter demonstrates a flaw in a fundamental principle that will effect every single field on the chart.

This is the problem with theological matters. Rarely is a matter of faith isolated. If I misunderstand what the Bible teaches about the role of women in the Church, for instance, I don’t simply have to rethink that single issue. I also have to examine how I arrived at that faulty conclusion in the first place, e.g. re-examining how I interpret and apply Scripture, an issue that can potentially impact everything I think I know about the Bible’s teachings. The single issue of women’s roles could springboard into a complete reevaluation of my understanding of doctrine and theology!

The prospect of such a consequence literally terrifies Christians. If we can’t trust His word on the place of women in the Church, how can we trust it on the role of the Holy Spirit, salvation, eternal life, the promises of God, etc.? Rather than to have to entertain such questions, we often take the easy way out—reject the possibility that our existing beliefs are wrong, thereby blindly following those beliefs to whatever end.

There’s a word for this level of blind dedication—idolatry! We’ve allowed our beliefs to become a power greater than God’s word, greater than His Holy Spirit. The dangerous thing is that we pass it off as the exact opposite—as our absolute commitment to the truth of God. But, is it? Does commitment to God’s truth breed a refusal to believe that we could possibly be wrong? that’s not commitment. It’s arrogance!

A true commitment to the truth necessarily breeds a willingness to always consider other points of view, recognizing that we “know in part” (1Co. 13:9) and, therefore, can always stand to learn more. What many Christians are really committed to, then, isn’t the truth, but their religion (the system of beliefs created by that which they hold to be true, whether it actually is or not).

What great power could usurp the authority of God in the lives of so many Christians? Surely there isn’t a power in Heaven or on Earth that could possibly do such a thing. How is it, then, that Christians have traded their allegiance to God and His truth for religion?

Fear! Fear is the power that captivates so many Christians. Our spiritual lives have become an expression of our fear of being wrong, more than our love for that which is right.

In the love chapter (1Co. 13), Paul says that love rejoices in the truth. This means that the person who walks in love hungers and thirsts for the truth—not for a religious veneer masquerading as truth, but for the truth itself, whatever it may be. This love for the truth absolutely requires that we remain open to hearing other beliefs, just in case that which we’re holding as truth proves to be false. Why? Because it’s not my existing beliefs I love the most. It’s the truth! If that means I have to trade in my existing beliefs, so be it.

We have two forces that are diametrically opposed to one another: fear and love. The former produces religious fervor that creates a mask of certainty. It’s a shield that serves to hide the frightened child underneath, who desperately clings to that which is familiar and comfortable. On the other side is love, a virtue that confidently accepts present beliefs as the truth, but remains open to the possibility that those beliefs are fallible. It’s saturated with a humility that reminds the individual that truth is not a belief to be acquired, but a journey to be forever undertaken. We’re guided into the truth, not simply given it (Jn. 16:13).

This conflict between fear and love is not simply present in the philosophical thoughts of this author. It’s presented in Scripture itself.

“There is no fear in love; but perfect love casts out fear, because fear involves punishment, and the one who fears is not perfected in love.”
1John 4:18

Perfect love always triumphs over fear. Never is it caught off guard, or taken captive during a moment of weakness. Fear simply is no match for perfect love. It’s as Judge Judy says: On its worst day, perfect love is stronger than fear on its best day!

So, what does it say about Christians who are allowing fear to dictate their approach to Scripture? It demonstrates that their love walk is not yet perfected—”perfect” not meaning absolute and without fault, but mature. There are plenty of Christians with passages of Scripture memorized, holding multiple titles before their names and plenty of initials after, yet they’re still immature when it comes to the most fundamental aspect of our faith—love.

But how is this even possible? Because our adversary is no fool. He realizes that some people cannot be kept from church, and from the expression of their faith in Christ. So, for those people, he takes a different tack. Instead of trying to get them to consciously betray their faith, he causes them to unconsciously betray it by introducing warped understandings of Scripture in an effort to create a system of beliefs that isn’t faithful to the truth. He then uses fear, religiosity and pride to make them absolutely allied to those beliefs. They are, all the while, completely oblivious to what has taken place, sure in themselves that they are faithfully upholding the integrity of Scripture against those who would abuse or dismiss it.

Of course, it’s near impossible to get someone to admit that fear is actually what’s prompting their opposition to a particular belief. They’ve already convinced themselves that their opposition is fueled by their allegiance to the truth. Only the Holy Spirit could break through a stronghold that solid.

But what if their existing beliefs are actually right? What if the beliefs they’re refusing to hear are actually deceptions? Doesn’t that justify their approach? Absolutely not! It’s not a matter of being right or wrong. It’s the principle of the matter—the reality that whether what we believe is right or wrong, we could be wrong, insofar as we are aware. That fact should always produce a willingness to listen, just in case.

So, what’s the answer? What hope is there of never falling into this trap of self-delusion and theological idolatry? There is but one antidote, expressed plainly by 1Jn. 4:18. Love is the only solution. We must continue to perfect love, so as to prevent ourselves from falling away, right from in the pews of our churches. We must continue to remind ourselves that it’s the truth that we love, not any particular belief we may hold at the present time.

“For I determined to know nothing among you except Jesus Christ, and Him crucified.”
1Corinthians 2:2